They say it can take up to 30 years between the time a product is “invented” to the time it is commercially available.  And then, there is user acceptance, and widespread implementation and continuity of usage which takes even longer.

Table II – Time from Invention to commercialization of some technologies:

Funny enough, the rate of adopting new technologies (so-called “consumption”) in the fields of entertainment (cell phone, iPod) and comfort (air conditioning) are increasing tremendously since the 1900’s.

Things are different for the Medical Technology Industry, where liability, regulatory approval, and “evidence-based medicine” all play a role.

Physiological and clinical research also plays a large role in the adoption of new medical technologies.

PUBMED data results show that the number of articles published about Edi technology or NAVA was limited to our group + collaborators until 2007 when the FDA approved the technology for clinical use. 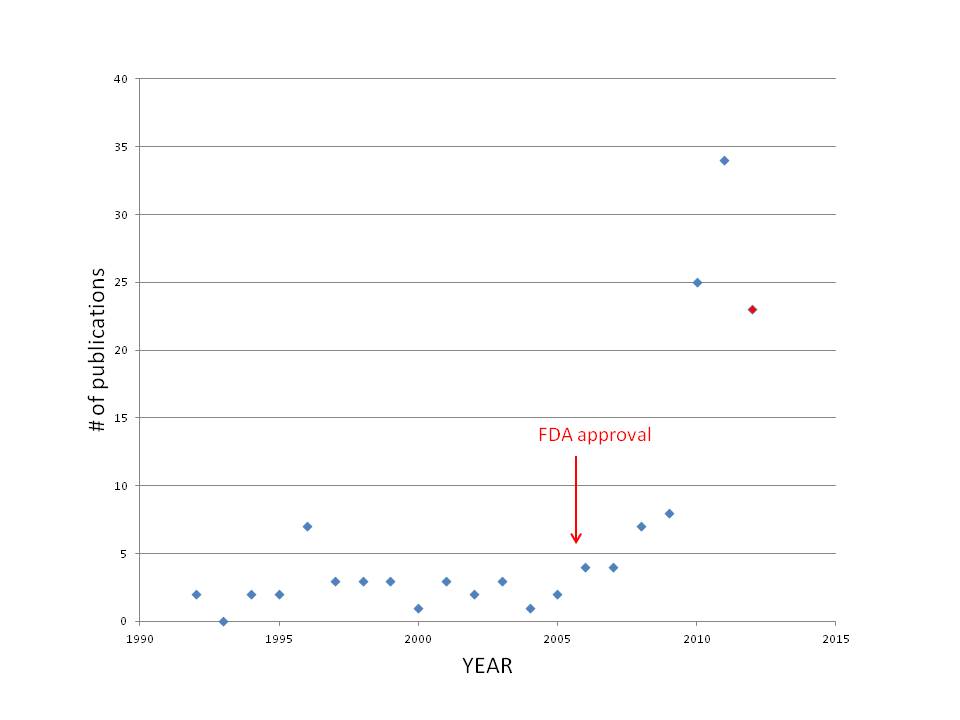 NAVA was approved for clinical use in February of 2007.  Clearly the availability of the device to general users has increased the amount of science that is published.  At the time of posting (Sept 2012), 23 scientific articles are published this year so far (original scientific papers, case repots and review articles).  There are surely more to come.  According to the trial registration website clinicaltrials.gov, 25 trials are currently underway.  http://clinicaltrials.gov/ct2/results?term=neurally+adjusted+ventilatory+assist&recr=Open

4 Comments on “Growth of NAVA Over the Years: Post 1”